Nicolas Vonderheyden knew from a young age that he would become a Vigneron (french for wine grower and vintner), and would be a willing celebrator of the process of coaxing the vines into wine. As he was learning wine production, he realized that the Vigneron’s journey was not to control Nature, but to exalt and sublimate it.

Yet Nicolas had a few more stops to make before the dream of owning a winery became his own. After studying food science engineering in the Netherlands, Nicolas completed a winemaking internship in CA, then returned to France and graduated with a master degree in Wine Estate Management back in Bordeaux. After coming back to the United States again, this time in 2014, it was only then that Nicolas began to manifest his own dream of making his own wine, that is from vine to bottle. Nicolas was able to approach his dream of creating his own wine with a new depth of focus. Seizing an opportunity to start his winery with a friend’s leased 2 acre plot of land located in Woodside, California, yet situated in the Santa Cruz Appellation about 1,400 feet above sea level, offering all kinds of ingredients mother NATURE had to contribute to the perfect recipe for wine. The name of his dream was to be called Maison AREION.

Artisinal methods “I believe turning grapes into wine has real meaning. That’s why I use artisanal methods and respect a traditional savoir–faire. I implement sustainable, biodynamic and organic farming practices, soil and canopy management, not using any herbicides or insecticides. My focus is on harvesting fruit that reaches an optimal ripeness and shows a great balance between sugar and acidity while listening and responding to the vineyard needs. Wine will then naturally ferment and age in oak barrels to blend into a unique personality. From cultivating to bottling, craftsmanship reveals the passion and dedication to creating singular products. Wine is the water of the earth filtered through the roots of the vines.” This commitment is not just lip service to a culture which exalts the natural process, but to a spiritual process as well. 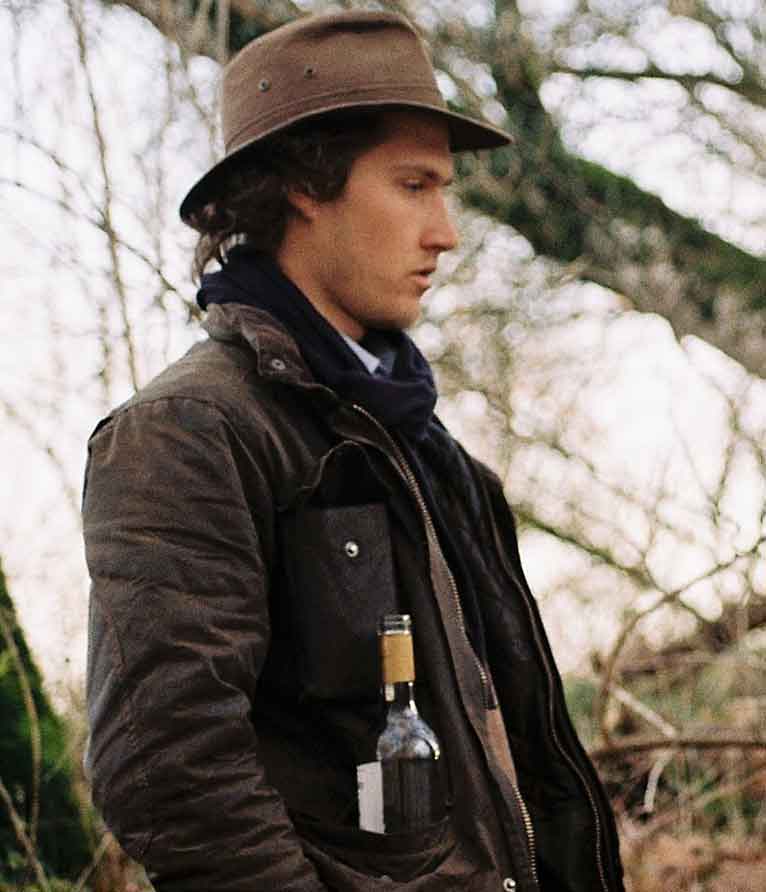 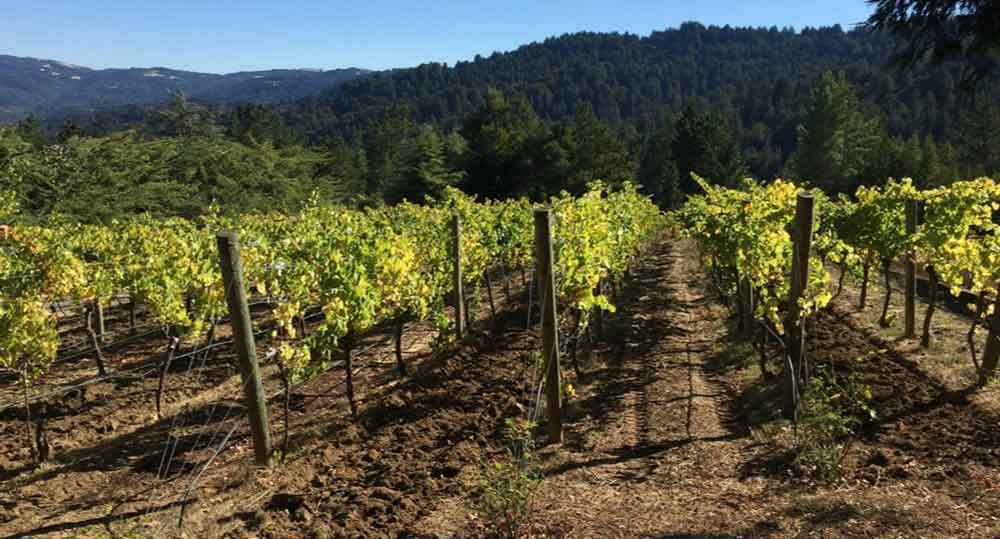 The vineyard is situated in the Santa Cruz appellation, 1,400 feet above sea level.

The meaning of the horse

Look closely at the horse in the the winery’s logo. This horse is the Areion referred to in the name of the winery / brand. In Greek mythology, Areion means "moon-creature on high”, is a divinely-bred, extremely swift immortal horse which, according to the Latin poet Sextus Propertius, was endowed with speech. This horse is a symbol and constant reminder, almost a prayer, to bring everything spiritual in his life full circle. Gaia, Mother of Earth and Poseidon, God of Oceans, between water, earth and soil, gives birth to the grapes we create wine from. Grapes are the life and wine is the product of the life that is given, and that must be treated with deep respect.

The horse doubles as an ever-present reminder and reference to a horseback riding accident to Nicolas’ sister which almost took her life. This interruption to the cycle of nature’s creation demonstrates the closeness of family in the total cycle of life and ingredients of Mother Nature. Wine is an organic, living by- product of Mother Nature that is to be revered by a winemaker who also respected the healing process that has been needed to take place while his sister has been recovering with his mother in Florida. While the family rallied, travel that was not prescribed in the original scheme of things altered the original timetable that was to be Nicolas’ road map to full time winemaking. However, that was not the driving force when the entire family was needed. Unity was. 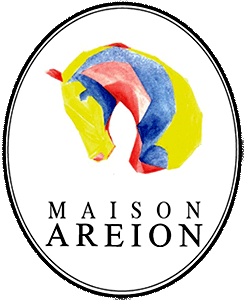 We urge you to try these delicious wines. To encourage you, we are offering discounted prices for a limited time.

The 2017 Chardonnay offers a distinct fruity flavor with crisp acidic balance. It does not have any new oak, as too much oak will overwhelm the flavor of a white grape. Nicolas is currently experimenting with used oak to see what the final expression of this flavor profile will be. The flavors have a natural blend that makes it a perfect accompaniment to almost any meal after being chilled. The 30 year old vines are 100% from a single vineyard, and contain 100% chardonnay grapes. This is 100% whole cluster pressed, French traditional method, sur lies, native yeast, fermentation, unfiltered, bringing a delicious, drinkable white wine that is sure to be a summertime favorite.

At checkout a 10% savings will be applied.

The first vintage of Maison Areion was the 2016 Cabernet Sauvignon. A light to medium bodied wine, the grapes were picked early and the wine is only 13% alcohol, making it very approachable. Light in oak, it reveals a lot of fruit flavors and some intense green olive/pepper that mountain fruit can sometimes show. It offers a smooth finish with a light toast on the palate. It is recommended to decant and let the wine “breathe” for best enjoyment.

At checkout a 10% savings will be applied.